Deal pricing and availability subject to change after time of publication.

They did it, Joe.

Apple finally announced a new version of the ultra-portable iPad mini at its iPhone 13 event this week (which brought us way more than just a new iPhone, evidently). Its facelift, which includes a flatter, all-screen design with an 8.3-inch Liquid Retina display that can reach 500 nits of brightness, marks “the first time the device has truly been redesigned since the first one launched in 2012,” Mashable’s Stan Schroeder reported.

Everything Apple announced at iPhone 13 event


Amazon has wasted no time getting preorders up and running: As of Sept. 14, you could reserve one of the new iPad minis there starting at $499 for the base model with WiFi and 64GB of storage. It’ll ship as soon as the tablet officially launches on Friday, Sept. 24.

Billed as “the most capable iPad mini ever,” this new tablet offers a 40% performance boost and an 80% bump in graphics performance compared to the previous generation (from 2019), Apple claims. We’ll go ahead and credit that to its new A15 Bionic chip, which has a 5-core GPU, a 6-core CPU, and a 16-core Neural Engine. (That’s the same chip powering the new iPhone 13 lineup, by the way.)

Other notable upgrades to the new iPad mini include a USB-C port (instead of a Lightning port), 5G connectivity, Apple Pencil support, and vastly improved cameras; the rear one even has Center Stage, a feature previously exclusive to the iPad Pro that keeps you in its frame as you move around. The only thing missing is a headphone jack, a feature on its predecessor that Apple decided to do away with in this iteration, for some reason. (You can get around that with a pair of wireless headphones or a USB-C to 3.5mm jack dongle.)

All things considered, “the new iPad mini is such a long-awaited upgrade that I’m definitely getting it, headphone jack be damned,” Schroder said. If you’re in the same camp, go ahead and hit the link below to lock in your preorder. 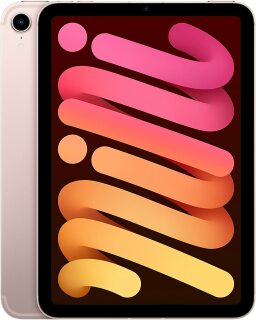 Next of Kin’ teaser: Watch

Microsoft Is Adopting Passwordless Sign-In for All Accounts and Apps

World-Beating Speed, But a High Price

MOOCs: What are they and why are they so popular?