Is Nightbooks for kids? For grown-ups? After the fifth genuine jump-scare within 20 minutes, I’m scratching my head while covertly turning the sound down (an expert scare management move).

But whoever it’s for, my heart rate is up, folks.

Based on J. A. White’s 2018 book of the same name, Nightbooks focuses on a kid called Alex (Winslow Fegley) who writes scary stories, but is determined to burn them all of a sudden. But before he gets the chance, he’s lured into a magical apartment with a piece of pumpkin pie and The Lost Boys, then locked into a situation that has him writing for his life.

An evil but exceptionally style-conscious witch, Natacha (a gleefully over the top Krysten Ritter), orders him to write a new scary story every night or it’ll be The End for him. When he meets fellow prisoner Yasmin (Lidya Jewett), they’ve got to try to figure out a way out of this travelling apartment that has an insidious habit of trapping kids forever.

It’s a solid premise for a scary fairy tale, and (intentionally) one that’s been done many times before. Brightburn director David Yarovesky brings to life Mikki Daughtry and Tobias Iaconis’ script, and for a film that seems aimed at younger viewers (or at least starring two of them), it wields some genuinely scary scenes. Perhaps I’ve forgotten how frightening things were as a kid (I was afraid of even the X-Files theme song), but this feels like something you might want to be ready for kids to have nightmares about. It’s no surprise that the film was produced by Evil Dead horror legend Sam Raimi. No spoilers, but there’s a shot involving candy-hued projectile vomit that feels extremely Evil Dead. Plus, the film is filled with jump-scares. While they aren’t quite at the constant, hammering level of Yarovesky’s superpower horror Brightburn, these scares will catch you unawares.

The strength of Nightbooks, aside from the set decoration which we’ll get to, is the cast. Ritter spectacularly leans into the campy chaos as the witch, Natacha. The first scene in which we meet her is quite frankly terrifying, and somehow Ritter delivers a consistent level of genuinely murderous threat to Alex and Yasmin while being impossibly…cool. Thanks to Leslie Ann Sebert’s glitter-loving makeup team and costume designer Autumn Steed, Natacha boasts one of the most covetable, sequinned villain wardrobes out there. Sorry, Cruella, I’ll take one pink raincoat with winged combat boots and parasol, please. Or a pearl cage collar/neckpiece and pink platform combat boots.

Attempting to escape from Ritter are the two young leads, Fegley and Jewett, who both deliver strong, balanced, fun performances as Alex and Yas — in fact, between moments of terror and battling satisfyingly squishable adversaries, they both get emotional monologues that are utterly convincing amid their ridiculous magical surroundings.


Nightbooks, being a film about writing scary stories, pays notable respect to their long history and the core of what makes a good one. If you didn’t absolutely hate the Goosebumps movie (whatever, fight me) and its wild ride through the source material and the idea of “writing for your life,” you might enjoy how Nightbooks plays with this — and the theatrical way Alex’s nightly stories are presented. Natacha even “edits” Alex’s stories as he reads, chastising him for not sticking to the rules already established in scary tales. “Every good story hints at truth,” says Natacha, criticising one of Alex’s stories that got a little too creative. “The more truth, the more powerful the story. From now on, get your facts straight.” 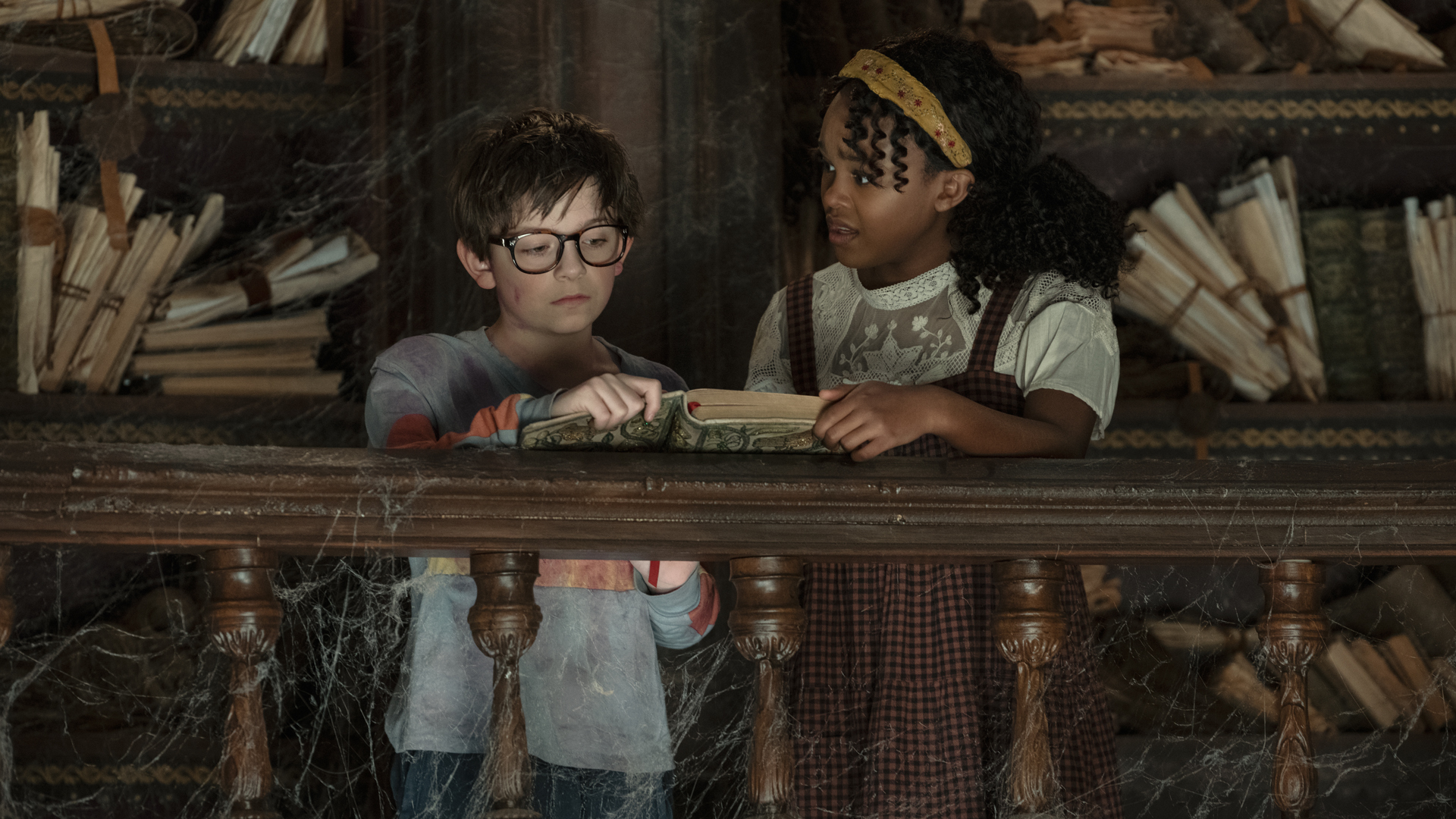 Finally, while the film’s context may be pretty dark at times, Nightbooks‘ set decoration is an absolute treat, with much of it set in a towering library decked out with spiral staircases and cobwebbed books. There’s a fluorescent “night nursery” for magical plants (perfect for throwing glowing splatters everywhere), a sweetly familiar-looking house you might have read about, and even a pink, glittering, cake of a prison at one point. It’s honestly the most delicious looking cell you’ll ever see on screen.

Amid all this glitz and witch-battling, Nightbooks reminds us that the things that really haunt us aren’t necessarily always magical. Buuuuut yeah, sometimes they are, in which case, you’d better read up on how to beat ’em or be able to write your way out of it.

Nightbooks is now streaming on Netflix.

Next of Kin’ teaser: Watch

Senior Editor - September 17, 2021
0
Scuf is arguably the leader in custom controllers, especially in the world of eSports where professional gamers need the best performance possible...

MOOCs: What are they and why are they so popular?